Mangalore Nature Conservation Reserve sits beside the Goulburn Valley Freeway, but access is via the end of Mangalore Rd, Mangalore 3663.

The 3.5km track mapped below forms part of a longer network, if you wish to explore further. Tracks are distributed to make the most of a forested, low rising site that sits above the undulating Goulburn River flood plains. Flora and birdlife are key features.

After initially losing 1.5ha from its western side to the construction of the freeway, the Reserve has been re-endowed and more than compensated. An addition of 14ha bushland from landholdings on the eastern boundary was made. Surprisingly, the freeway noise is relatively mute. 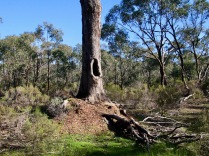 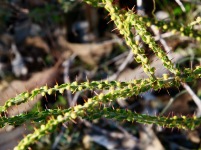 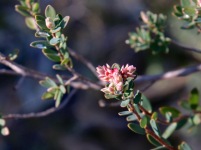 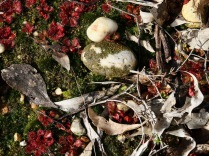 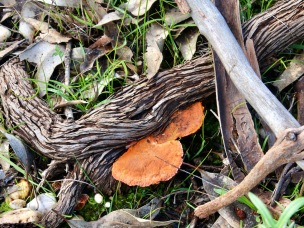 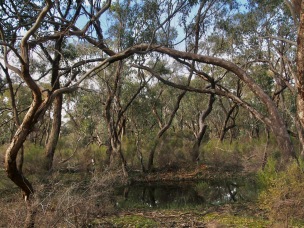 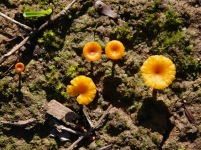 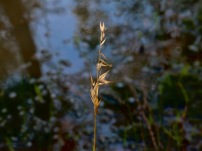 At 78ha, the Reserve is not a huge space. However, this area has been enough for it to qualify as an eBird hotspot where 155 species have been observed and recorded. It is also home to many flora and fauna species, including several that are threatened such as the swift parrot, brush-tailed phascogale, squirrel glider, bush stone-curlew and shiny wallaby-grass. Hope to observe any one of these. Also keep your eyes and ears open for woodland birds with statewide diminishing populations such as Gilbert’s Whistler and the Hooded Robin.

The network of good quality tracks cover the Reserve well. The site is consistent with the drier of the lower slopes and plains of mainland eastern Australia adjacent to the Great Dividing Range. The soil is sandy clay based and littered with quartz pebble.

The significant roadside vegetation experienced approaches extends into and improves significantly inside the Reserve. It consists of a Grey Box (Eucalyptus microcarpa) dominated canopy of grassy woodlands and native grasslands. The large, old eucalypts provide plenty of hollows and, along with the light understorey, a range of habitats are provided for in this compact area. The Reserve is also home to flora protected on Crown Land such as Gold Dust Wattle (Acacia acinacea).

The ground layer is open and home to numerous indigenous perennials. At any time of year wildflowers are to be found. In spring there is a profusion of species. Orchid beds are a key feature. In autumn and winter the fungi are worth a visit of their own.

Flora to be on the lookout for:
Native grevillias, acacias, orchids, daisies, lilies, grasses and herbs.

Fauna to be on the be on the lookout for:
Yellow-footed antechinus, echidna, goannas, eastern grey kangaroos and wallabies

Amenities
Car parking
None other

Restrictions
No dogs
No firearms
No potable water
Take your rubbish with you
Drivers must: use formed roads only, be licensed, be registered